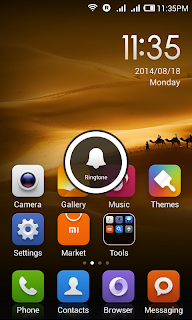 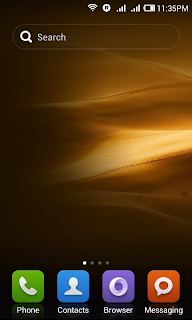 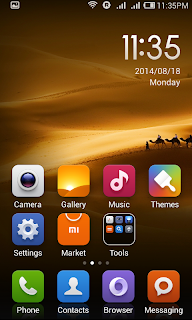 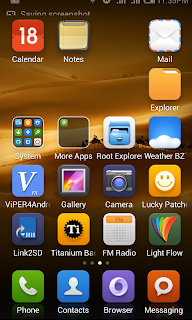 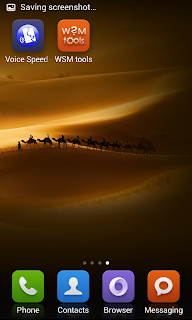 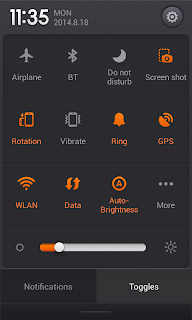 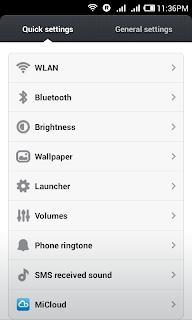 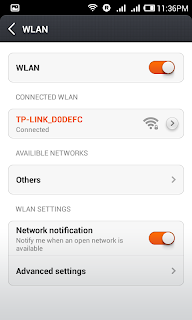 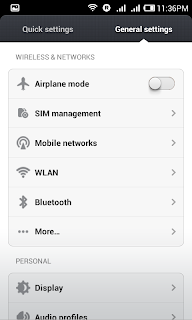 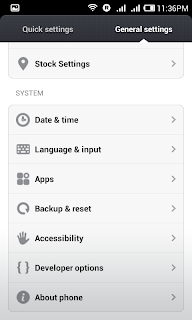 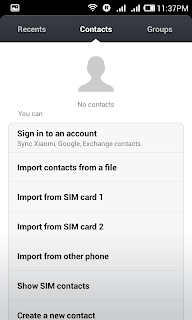 The MIUI ROM is heavy. I noticed severe slowing down in places. I did not use it for more than a few days though. So it could be that cleaning up the system a bit, might have helped.
The MIUI looks great, is pleasure to use with great looks, features and a similarity everywhere. But its far too removed from the android experience.
Sadly not my cup of tea right now!
Link on needrom: http://www.needrom.com/download/miui-os-for-v889s-v807/
No comments:
Email ThisBlogThis!Share to TwitterShare to FacebookShare to Pinterest
Labels: android, Cellphones 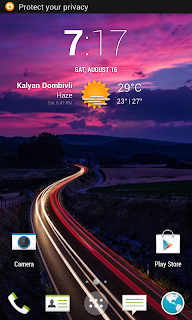 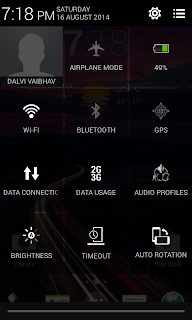 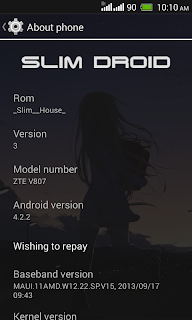 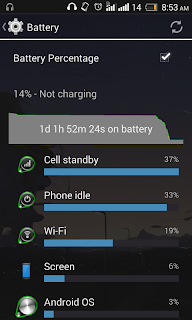 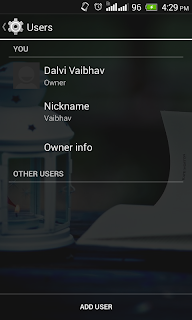 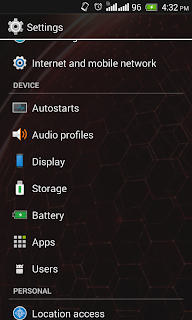 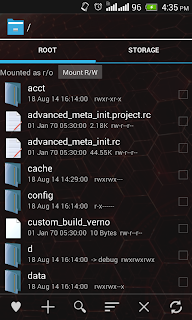 This ROM is fastest of the few I tried out. Its really slimmed down, is fast and pleasant to use.

The two main problem I noticed were lack of 3G and broken battery charge monitor. The lack of 3G was not much hindrance for me, but the broken battery monitor meant I could not use this ROM.
Link to ROM on needrom.com:  http://www.needrom.com/download/slimdroid-mod-v889sv807/


Wanted to flash TWRP recovery on my ZTE Blade C (v807c). After looking here n there, I stumbled onto a video by a Russian guy who showed how to do it. I got the idea of it all. And so I proceeded.

Following the video, I got familiar with the process which is as follows:

For me, step f was failing with SP Flash tool giving error 8038. This meant that the scatter file we have must not be for my v807c (my phone being for India market). So I looked around on the net for info on how to create a scatter file from own phone.

g. After this I unplugged phone from computer and as shown in video, removed the battery and reinserted it. Later starting the phone with power+Vol Up button shows TWRP logo. So its confirmed that TWRP is successfully installed.
2 comments:
Email ThisBlogThis!Share to TwitterShare to FacebookShare to Pinterest
Labels: android, Cellphones

A tryst with message queues Pt. 4

So far... I have installed RabbitMQ server on my development machine and using it to test my development code. I have STOMP_SEND working fine. Using the management web console for RabbitMQ I can see the messages being queued. Now I have to read the sent messages. And here I stumbled into a situation where libstomp's stomp_read function was failing.
So now going ahead, I integrated the message sending code into the product. The requirement was simple. We had to send a fixed message to a queue with time stamp every two mins. So I put together a thread and put the message sending logic into it.
After testing it, I started work on the read part. The requirement was simple. The product has to read some messages from a queue and display them to user.
Thankfully one of the system guys fixed libstomp ( saving me some efforts :D ), and made the stomp_read working again.
So after putting together a test application to read from the queue, I ended up with a no of problems. First of them was garbage data read into the frame. Second was even more interesting. Even if I had multiple messages queued in, I would receive only one message and rest will be lost. Next there was also a problem with the ack mode.
So I shifted gears into study mode and started going through the protocol specification. There I learned about a few things and so I made following changes. Set body.length field to message length and using it restricted the amount of string read. That fixed the garbage message problem. Next I set prefetch-count to 1 and tried the test application. There was still the problem of unacknowledged messages. To fix this I got hold of message-id header and using it, sent ack frame. That fixed the unacknowledged messages problem.

So I guess that fixed everything. Later I put all this onto test platform for about 12 hrs and thankfully things worked out well and it all didn't tank.
So I guess we are finally good with STOMP.