I was using Yahoo Pipes to club together posts from my two blogs and put them to Facebook. Recently I was playing with Pipes and messed up the Pipe for both blogs. This stopped the feed on Facebook. I have continuous updates here than my other photography related blog so I thought I would connect only this blog to Facebook! To do this I went to Facebook's Notes section and I couldn't find the Import Link. I searched around. I turned the corners. I looked in the dark. And I looked under the mountain too. No settings, no import,no nothing!
I turned up to Google and after half an hours search still couldn't find it! Wow, I said!
Then I thought to look into places it shouldn't be. So from My Notes i.e. Facebook Home > Notes > My Notes page I clicked Write A Note [Button at the top right corner of middle column]. Here I looked around, and clicked on My Notes in the left column. And Aaha! I found the sacred "Edit Import Settings " link at the bottom in left column under the heading "Subscribe". Click it and it takes you to the settings for the RSS feed. I changed them here to the default feed address for this blog and Yeah! Got it!
UI Design is not a simple thing!
No comments:
Email ThisBlogThis!Share to TwitterShare to FacebookShare to Pinterest
Labels: internet 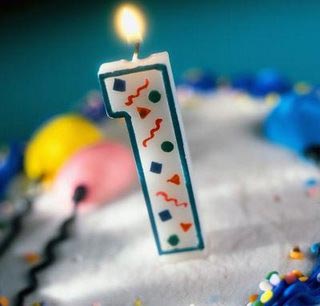 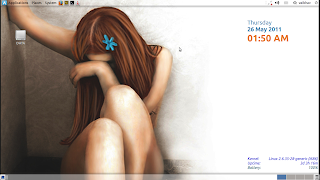 Secure Copy or SCP is a means of securely transferring computer files between a local and a remote host or between two remote hosts. It is based on the Secure Shell (SSH) protocol.
The term SCP can refer to one of two related things, the SCP protocol or the SCP program.
Reference: www.wikipedia.org 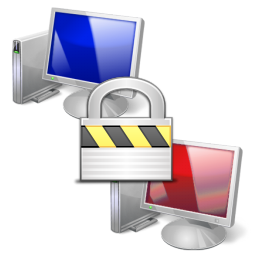 Stumbled across this nice conky script and a matching wallpaper has me smiling like an Idiot! 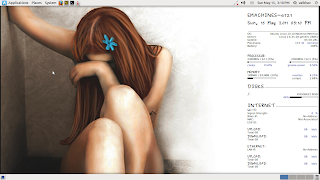 Oooooh, I can imagine myself working on some obscure code while standing in front of my monitor which is connected to my Desktop Rig which has Latest Ubuntu 20.10 with 4D Unity 3.0. I'm using hand (and leg, perhaps a tail too if I manage to grow one by then) gestures to modify something and unity's all sparkling and moving things around. And yeah it's got a voice too. And then there are global menus that announce some (again!) 4D notifications about my neighbor (she) out sunbathing, my dog (lewdly) observing her, and Unity telling me - "Hun, the dog won't listen!"(Virtual pout!)
Yeah that's Vaibhav D for you, (a)live from Yr 2020 just 8 yrs ahead.

Via: They are still kicking! 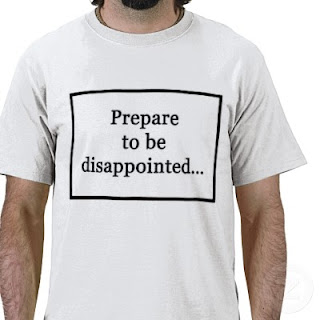 I installed Kubuntu 11.04 on day one on a test machine because in my organization we use it as the OS of choice(I keep my organization in my prayers! LOL). I have been using it since then on regular basis. The machine I have here is an AMD Sempron 2.7 GHz on a NVidia mainboard with integrated graphics. (Yeah I hear that groan! ) So anyway I had thought I am prepared and there'll be a few problems and a few crashes. The user experience would suck and overall I would have only headache albeit small.

Getting on a lighter side

Until yesterday I had Linux Mint 10 Julia as my Backup OS of choice but finally I have gotten tired of it too. Need something light - feather light, something that doesn't let you do much but is fast and does the few things with aplomb that it does do!
Is there any answer to this question? Of course in world of Linux there's an answer to each and everything. I haven't yet reached to a level where I would start with a Minimal install and build upwards from there so I picked up Linux Mint XFCE Edition. It's light - lighter than Win XP. E.g. XP eats ~150MB at startup but mint takes 25Megs less. The speed is seen to be believed. There are no fancy effects but then if we are looking for snappy desktop who needs smoothly opening windows?

The Geek way of playing Music

Many of you are like me. have huge music sitting on our hard drives and we just load it into our favourite media players and put it on shuffle. E.G. I have approx 4.4k English songs and similar amount of hindi songs. So I find using any GUI player difficult. I have tried many a media players but only a few can handle this big playlists (and that with shufffle). My current favourite Banshee also fails at this task, just gets horribly slow. So I thought a lot on this problem and knew that the GUI progs have to go. I'll have to use something consolar. I mean a console program will survive where all these heavyweights failed. I just need some music shuffled around and a one key next song function. I remembered of MPlayer - The Sweet Ultimate Console Media Player.
I rummaged around in man files etc and came out with ultimate solution. Yes! I would use mplayer, and a couple of options with it would give me exactly the solution that I need.
MPlayer with -playlist option supports playlists. So I created a playlist of all my songs using Banshee! Then I loaded this in mplayer with following command
mplayer -playlist Play_Queue.pls
where Play_Queue.pls is the name of playlist file. Add -shuffle parameter to this and shuffle is on.

Later I created a script by copying this command and named it music.sh and placed it on Desktop. So one click music playback - and it doesn't hog my processor. Just the functions I needed nothing else (Read No Bloatware, no unrequired features like fancy album art!).

There are few shortcuts with MPlayer that come handy.
9 0 : Volume + and - Resp.
up down : Move 1 Min forward and backward
left right : Move 10 sec forward and backward
Page up Page down : Next and Previous Item in the Playlist (This is the next I was earlier talking about - Pg Up and I hit next random song in my setup.)
p : Toggle Pause
m : Toggle Mute
[] : Decrease increase Playback speed
Backspace : Reset Playback speed (Handy if you accidently press [ or ])

Following is my music.sh shell script

The latest Ubuntu is out. And with that Canonical has brought a number of changes. I downloaded the ISO right away and used usb-creator to put (burn???) it to a USB Drive.

My eMachines e727 is well supported so I booted to Live Version straight away. As usual ubuntu didn't take long to start and get me to the unity screen.

I am yet to try out Gnome 3 so I can't tell between the two. But I did spend some time with Unity and I also made one of my friends use it and tell me his impression. My impression isn't much here because I felt Unity was okay - just okay, nothing ground breaking. I have a few gripes about the placement of things and the BIG app dock on the right.