I like to argue when it comes to decisions. Although most of the time it's just me alone evaluating things. But I had some opportunity in office to debate a few things.
Lately though there's not much discussion going on, rather we have loads of work and the small pockets of discussion that happen when one of juniors gets stuck somewhere.
Anyway, lets put that aside and concentrate on our own ward. So I'm facing some quite radical change in coming quarter or so. In lieu of this I have decided to cut off the amount of various activities I have been spending time on. So there go the TV Serials. And also decreased stats for movies - maybe 2 per week or so. And almost no e-books. Add in some compulsory study that I'm going to need and more free time for other tasks.
So there is lot of debate going on. What to be prioritized and what to be altogether dropped. What to be gracefully closed and what to be discarded like trash.
One example is I discarded about 50 GB of TV Serials and movies since they were just sitting there. I've scheduled the urgent tasks that I need to finish within this fortnight and I have listed down the things that I must take care of.
And at every step there are decisions and debates with myself. Just like I previously said; what I need; what I can afford to discard; what I may need in future. It's a long pending overhaul this change has brought on.
No comments:
Email ThisBlogThis!Share to TwitterShare to FacebookShare to Pinterest

Update 2012-11-23: I have just updated the dev build to alpha using apt-get upgrade and apt-get dist-upgrade; and the system is feeling more stable. The added blue checks wallpaper really shines 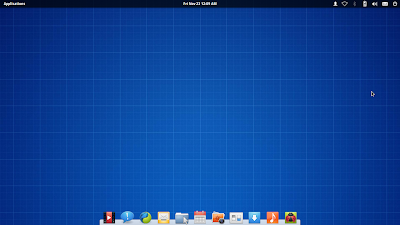 Terminal
We have a new terminal emulator which replaces gnome-terminal and it's looking slick.
Plank
Plank is the dock at the bottom. I have covered it below.
Pantheon Files
Merlin was the file manager used in Elementary Jupiter. Now they have forked it into Pantheon Files.
GALA: Elementary's libmutter based window manager
Gala was introduced only couple of months ago. And I think it was a big step for elementary. Having their own widow manager lets them have greater control as well as customization.
Noise
Noise is the music player provided by elementary. It's fairly modern and the goal is to have something that fits the elementary philosophy with being fast and lightweight.
Maya
Maya is the calender provided with elementary.

Same as Ubuntu;
Runs snappier than Ubuntu so good chance of having this run on most run of the mill hardware.

Wingpanel
The top panel is partially transparent bar. In left corner we have Applications Menu button which brings up application menu. In the middle we have time and date. We can click on the date to bring up Calender. But we don't have any option to open Maya from here. It would be innovative to be bale to add an event or view events from this calender itself. Anyway, moving on, in right corner we have the system tray plus notification area plus the user switcher and power buttons. We also have mail and IM indicator which can display number of unread mails etc when geary is configured. We also have empathy's chat related options here in a drop-down menu.

Plank is the dock at the bottom. It's a simple dock and it's actually lacking in quite a bit of functionality. Of course a new user won't even notice it since the main task of plank i.e. of launching applications is done well enough. But for someone who has used AWN, plank is just not enough. The most glaring problem with plank is that the slight glow shown for current application is difficult to notice. This is especially true when we are using several apps in windowed mode and some of them have white/whitish icons. Also there are a few workflow related problems as well. Now consider we want to navigate to window x of App A and our current window is window z from App C, how do we go to the desired window? We go to plank, then we right click the icon for App A and from the list of windows we select the one desired. But if there are multiple windows with the same name then we have to go through this same sequence again and again. So I think there's scope for improvement.

Notification menu and system tray
These didn't bug me much. Things usually worked as expected. The white icons on black background are easy to notice.
And the notifications are themed well. I don't know whose work that is though. But it looks well enough.

Application Menu
The application menu is themed well, and things look well together.

Maya
Maya needs lot more features and lot's of integration. What I observed here is that there are a lot of waysa things could be made better. They could make it more accessible by integrating it with the clock in the center of top panel. The could provide some shortcuts for common tasks etc. And the support for other calenders/ import / export would be welcome.

Terminal
The elementary terminal looks beautiful. It's got tabs and funnily dragging them out from a window works but someone up there has forgotten to implement a drop event too. So you can't drop them in another terminal window to move them around.

Geary Mail
I couldn't check out geary mail, but from what I have heard on the grapevine it looks like a good application being put together by a pro team of devs and so it should be competitive  But again it will take some good amount of time to get to the accessibility and feature level of current email apps like evolution and Thunderbird.

Pantheon Files aka Merlin
Merlin has been renamed and forked as Pantheon Files. It's light weight and really fast but it's a little bit unstable at times.

Elementary OS is going to need couple more releases to get to where the other distros really are. The bug fixing task is going to be big one. What I would like to see for elementary is have alternate rounds of bug fixing and feature addition. It's going to be tough, or it already is. Being a Dev I know how difficult development and maintenance of software is. Still overall I think the devs have done a great job which what they have with them. They have taken some strides and they have the polish. Now the difficult task of bug fixing and adding stability is the mountain for them to scale. And I would like to both congratulate them and wish them luck on this great journey the have.

No comments:
Email ThisBlogThis!Share to TwitterShare to FacebookShare to Pinterest
Labels: linux 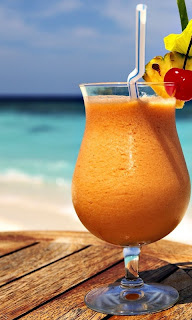 I have seen a good amount of change. I've seen change for the sake of it. I've seen change out of necessity but unwillingness. I think I've seen all the ways change can be.
So I wonder when I'm going to have so much change what kind it is. Is it opportunistic? Is it out of necessity and desperation or is it enforced? Would you call necessity a desperation? Would you call frustration just an expression of inability? What is it?
Life is going to change in big way. Maybe I've some unfinished business that I might end up taking care of. Or I might make an even bigger mess of things than what it already is. A new city. Goodbye to the present one. Is it going to be difficult? I don't know. I was scared of this change when I decided to do this. So I think everything will be alright. Or I keep telling myself just not to panic. And boy, I know I can panic. I know what it is being panicked. Its like a deer caught in the headlights. Except as a deer you can't decide what to do. In fact you can't even come to think of the many things that you can do - the many solutions to a problem.
So I'm kind of going in blind. Then what are my options? Hmmm, after thinking rigorously for a few minutes I had the answer - hang on!!! Yeah. Hang on and stay stuck! Don't give up. Work hard. Think about the bigger picture. Don't be scared.
I really wanna write a book about all the positive things I have come across. And all the beautiful things that I miss. And the many people who are no more. And the many others in whose universe I don't exist! There are many more in whose universe I'm soon going to cease to exist. Just by not being around. And its sad. Those are the fewer lives I get to touch.
life goes on

Sent from my Windows Phone
No comments:
Email ThisBlogThis!Share to TwitterShare to FacebookShare to Pinterest 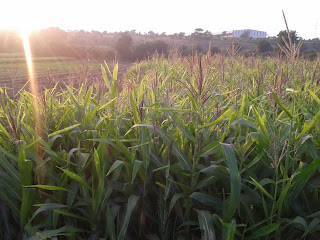 Yes! Its ready! Penned and all and I'll post it here  as soon as I can get back to my place.

No comments:
Email ThisBlogThis!Share to TwitterShare to FacebookShare to Pinterest
Labels: linux 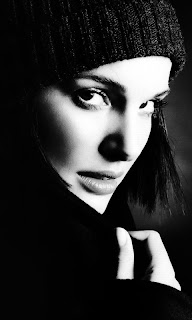 I'm just reformatted my external HDD. The thing was I had kept two different partitions hoping that I would be able to separate the data better this way. But to my dismay I got bogged down with shifting files from here to there and vice versa.
So after six months or so of such pain, I have wiped out both the volumes and got one single partition now. Actually I need to get one more HDD. The current one - a western digital 320GB has served me well for last 3 years. It's taken its share of falls and has acquired some bad sectors. But I don't think I can splurge anything on some more electronics any soon. So I guess with this drive's 300GB and my laptops 200 odd GB's I'll be making my meal so as to speak.
Well, actually I can just wipe out the 200GB or so of movies and tv serials. But them I'll have to get at least 20 DVD's of my most favorite movies. And dream about the tv serials. And the other STUFF!
What has life come to! Says the guy who had an affair with the recession.
P.s. The babe is Natalie Portman.
No comments:
Email ThisBlogThis!Share to TwitterShare to FacebookShare to Pinterest
Labels: everyday life

OK why would a script with name local-c open libreoffice calc? Hmmm, this is weird. 5 minutes of deep thinking reveals the problem with my associative thinking.

Its lo-calc idiot, not local-c! I end up telling myself! 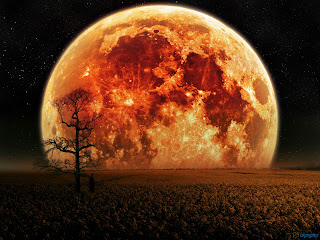 Problems with 64-bit build's installation, couple of personal problems and overall busier nature of last few days have caused delay in the review.
I'm starting on it. But I don't know when I'll really be able to get through it.
On the side note I'm moving around a lot and the work pressure is also mounting. Things have become tougher. And I think by end of this month they will get tougher. But yeah, I want to do this review. I'm using elementary for last one month or so and I'm impressed by the amount of work that has gone into it. So the review is going to be here. Just its going to take some time.