Goody two shoes complex and the jack of all trades

Its the discovery of the decade. Apparently I've found out that I'm too good for this world and so my life sucks! Well the thing is that I'm a jack of all trades and my parents were too good for me. Which led to them teaching me to be accepting and patient and lots of other such non-interesting things.
And so right now in my two and half year of career I've ended up working on following things:
1. Windows administration - system assembly, setup and is installation and troubleshooting. In fact my windows skills are almost power user level.
2 Same power user level with Linux: yeah I started with slackware but that was when I was 16. Its 9 yrs now and i have seen and uses a number of Linux distros. I can handle basic troubleshooting and almost all tweaking of a new installation.
3 .net development: Right after my engineering in 2k8 I did a course in .net, so I can code in both C# as well as VB.NET. Also I have done couple of projects in ASP.net.
4 Oracle: It was my first database. I'm pretty handy with queries and stuff. I won't be able to start writing cursors and procedures fight away but i have used that stuff in the past and i was good enough with that.
4 MySQL: I've been using MySQL for last couple of years so I have achieved a level of comfort with it. I've used it in more than 10 places in both online and local applications.
5 Sqlite: This is the one that got away. No, I mean I know the basic commands and stuff but I haven't used sqlite anywhere and maybe in some embedded project i should use it.
6 C, C++ : Really all that stuff was way more interesting. But i have coded enough utilities in C or Cpp to be confident about all of them. I wish though I would have worked exclusively in these two. I would be working in Linux kernel by now.
7 Java: During college years I did enroll for a Core and Advanced Java class, but like many things in my life I dropped out of it in the middle of J2ee. I learned core Java and bit of JSP though. Well, i never got the chance to really try my hand at Java though.
8 shell scripting: This is the holy grail for linux/unix users.  Everybody using linux/unix, however noob he/she may be has to face the command line one day. I have become proficient enough in shell scripting that I'm contemplating of writing a proposal in shell script; gee just kidding. Don't think my still unknown better half would like that.
9 PHP: I'm coding PHP since a year now. And i have become proficient enough to write complex pages. Though there is some work i have seen that my mind just couldn't come to terms with like single page working as both front end and backend. Well I'm a simple minded guy and i don't believe in chasing one's own tale.
10 jQuery : I'm using jQuery for a year too though i usually stick to using it for functional work. I'm not in UI design or effects and stuff, or else i would be Doing some amazing work with jQuery.
11 Office and documentation: its the dark side of my career but I've worked on about 8 manuals and I've documented as much number of projects.
12 ARM arch related work: I've meddled quite a bit in arm related stuff like rootfs's, cross-compilation, drivers and kernel and stuff. Heck but I have run a rootfs in a kvm virtual machine.
13 Qt/ GTK : I have worked on a 5 month project with qt related work where I optimized and added features to an existing system. I taught myself the ins and outs of qt then. Actually everything I know on Linux is all I have self learned. My liason with GTK has not been much since GTK is difficult to code. You can't hope to create a decent app without knowing GTK inside out. The lack of a decent IDE also sucks. Qt on the other hand has the excellent QTCreator.
14 Drupal, WordPress, blogger etc web related stuff utilizing html and CSS knowledge. : I'm acceptable with html and CSS. So i didn't have any problem working with all the above mentioned frameworks. Its just that I didn't have enough time to really explore all these inside out and they are not main priority for me anyway. Though i do host this blog on blogger.
15 Android : I have successfully compiled hello world for android. That wasn't pain at all, but getting the dev environment surely was!!!!

So you see how fragmented my career path had been.
Well, hopefully someone will notice this post and maybe hire me to really do something amazing!!!

easing up on oracle import

Next we import the new dump with the help of imp command. 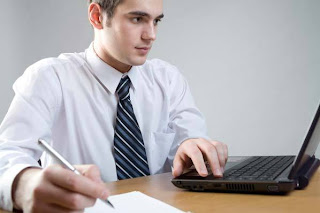 When your KRA* is not defined, you had to suffer a lot of things like Documentation, testing and training the users on field (Why would a dev would want and need to go to field??? God knows!!! ).
Well, unfortunately when your 90% of time is spent in these activities you actually can't complain!!!


*KRA: KRA means Key Responsibility Area, these are the responsibilities that form the core of your work and define your role in the organization.

In the middle of nowhere

So another week past and another period of time is committed to history. I have learnt a few things. First is however prepared you may be sometimes you just fall on your face and you can't do anything about it.
Second thing was you can try your best and still you may not be able to stop yourself from falling on your face when the situation is just so.
I was on field enjoying a paid vacation in the middle of nowhere and things crapped a bit to conspire the falling on the face.
There was only one positive thing about this, the screw up was not at my end and whatever didn't work, I didn't have anything to do with it. Some people would call it saving own skin but I don't think so. In fact because of this thing only I was able to enjoy the time.
Thankfully I had internet access via the trusty old GPRS. It wasn't fantastic but it did crawl along. And the ample amount of songs on this phone and my adorable Zen Mozaic kept me entertained. The games on this phone also helped.
Next time I'll not forget to keep my laptop and my wacky but working Western Digital with me. They got lots more stuff than 3-4 GB of music.
Few remarkable things that happened were
We drank tea in bagpiper glasses at a place
One of us got sick with stomach infection and he had some memorable bad time.
I managed to keep up my diet and maybe so didn't get sick.
The place was a nightmare and in the afternoon we used to sleep on thermacol  sheets.
Geez a memorable trip.

-Vaibhav
Sent from my Windows Phone
No comments:
Email ThisBlogThis!Share to TwitterShare to FacebookShare to Pinterest

Apps and Internet and...

Having a smartphone and using it regularly as a Smart phone for about a month now, I have come to some conclusions.

1. A smart phone needs Internet. Without Internet it's maybe only 30% smart.
2. Also we each have our specified tasks and we need Apps for that. Without appropriate Apps the smart phone loses its usability.
3. Ease of use is another parameter which determines the usability of a smart phone. If all functions are easily accessible and easily manipulated then the user can exploit it fully.
4. The UI performance is also another important factor and it influences the usability greatly. Fluid animations and clear interface contribute to greater user experience.